ECSTATIC Shorts: "The Sinking of the Lusitania" dir. Winsor McCay, 1918

Probably best known for his 1914 landmark, rice-paper drawn animation Gertie the Dinosaur, Winsor McCay displayed his first use of animation drawn on celluloid (as in "animation cels") with The Sinking of the Lusitania.  In 1918, Lusitania was the longest running animation to date.

What is particularly interesting here is the attempt at a dramatic "animated documentary" form.  Though we might initially think of this as an antiquated or even failed form of documentary storytelling, there are a number of significant modern documentaries that use animation as a key element of capturing and shaping history, as with Bret Morgen's Chicago 10 (2007) and Ari Folman's Waltz With Bashir (2008).

David Mamet once wrote: “It is the audience that goes to the theatre to exercise its emotion – not the actor, the audience." The opportunities for this kind of exercise were abundant this year, which was already clear back in July (check out my "2013 - So Far" post here).  As the year in cinema progressed I kept returning to this question of what "exercised" me most as a way to create a list that means something beyond simply stating what I thought stood out, but rather attempts to give form to the character of what was invigorating, surprising, challenging, or, dare I say, New at the cinema in 2013. As for Mamet's contribution, the dreadful Phil Spector is certainly more near the bottom of my list than the top. In contrast, there were a number of surprisingly engaging performances of pop culture and historical figures rendered this year, albeit in films that perhaps failed to live up to the quality of those performances: Michael Douglas as Liberace in Behind the Candelabra, Bill Murray as FDR in Hyde Park on Hudson, and Anthony Hopkins in Hitchcock, to name a few. All in all, it was a year of quite inspired acting that did give us a workout in the way Mamet (once upon a time) so rightly remarked: Julie Delpy in Before Midnight, Suzanne Clement in Laurence Anyways, Nicole Kidman in Stoker, Greta Gerwig in Frances Ha, Adele Exarchopoulos in La vie d'Adele (Blue is the Warmest Color), Christian Bale in American Hustle, Sally Hawkins in Blue Jasmine...just for starters.


In the year's best moments, directors took their time, allowed us to live with the characters, and allowed our thinking to unfold alongside those characters, whether it be Leonardo Dicaprio and Kyle Chandler on the yacht Naomi in The Wolf of Wall Street, or Michael Fassbender and Brad Pitt in a sunlit nightclub in The Counselor. Sadly, even in a film as fraught with problems as The Counselor (prominently featuring one of the most hopeless casting errors of the year: Cameron Diaz as the car-humping Malkina) the hints of brilliance that emerge from Cormac McCarthy's risky screenplay debut are more interesting as parts of an undoubtedly broken whole than many other so-called "whole" films could claim this year. For instance, Alfonso Cuaron's Gravity was surely one of the most ecstatic visual experiences of the year (I'll even admit to a few sniffles during Bullock and Cuaron's attempt to bring new dimensions, literally, to the term "crying for your Oscar"), but I ultimately thought about it way less than I did The Counselor, in terms of both the ideas at the heart of those films and the level of craft. As with a few other films this year (12 Years a Slave, Only God Forgives, The Place Beyond the Pines...and probably some other "brooding Ryan Gosling" film I forgot I saw), there were some lessons to be learned about taking risks, and critical challenges presented to audiences that were unique to the releases of 2013.


A new category may be in order to round up this fascinating lot. The "It's Complicated" category? (I don't want to cause any confusion that it may have something to do with the films of Nancy Meyers, which surely have their own complications, though not quite at the same level of risk).  Better yet, for this particular year, lets call it "The Place Beyond the Top Ten," which would include the alluded to Derek Cianfrance follow-up to the less expansive (though more affecting) Blue Valentine (2010), as well as the aforementioned films: Ridley Scott's The Counselor, Steve McQueen's 12 Years a Slave, Cuaron's Gravity, Nicholas Winding Refn's Only God Forgives and Abdellatif Kechiche's Cannes Palme d'Or winner La vie d'Adele.  Add to that short list the disparate experimental styles of Sarah Polley's Stories We Tell and Sofia Coppola's The Bling Ring, and you have the beginnings of what made the conversation around film so rich this year, whether speaking of them as commercial product or critical centerpiece. Films like these were also what made the communal aspect of going to the movies so damned interesting this year, whether that manifested itself in the collective awe of falling through space, or the disgruntled comments one overhears in even the most mundane outings to the mutli-plex (after a screening of The Counselor I attended:  "I wouldn't recommend that to a DOG").


As for 12 Years a Slave, my experience of seeing it with an audience will forever color the way I read the film.  The screening was peppered with audible gasps; less in response to the depiction of brutalized slaves, and more in response to the showcase-like nature of the white acting talent that comprises the majority of the film's roles. They gasped at Fassbender.  They gasped at Pitt.  They discussed only the gray in Pitt's beard as they exited the theatre, concluding that he was, after all, "still good lookin'."  12 Years a Slave is a film that many critics have interpreted as a "breakthrough" for director McQueen, both in terms of audience and his skill as a filmmaker.  Certainly, more people are aware of McQueen and Fassbender now than ever, but 12 Years a Slave tends to alternate between moments of great power and a rather plodding attempt at storytelling, all the while haunted by the ghost of Roots. Chiwetel Ejiofor is exceptional in the film, though it's McQueen's off-kilter choices that continually threaten to weigh the picture down, as in a patiently inserted close-up late in the film of Ejiofor's character Soloman Northrup landing his gaze on the audience.  It's the kind of moment that is intended to strike with unexpected, Brechtian force, but is rendered ineffective by the overall tone and pace of the piece.  Of course, 12 Years a Slave is an important film, but somehow Django Unchained, Tarantino's Absurdist slavery-era pastiche from last year, may prove the more successful movie, communicating a stronger truth about our current relationship to race and slavery through crafting an elaborate lie than McQueen was able to do through confronting us with the truth of Northrup's tale.  Though treated like a directorial star on the rise, I've felt quite the opposite about McQueen's trajectory.  For a more artistically daring and politically potent display of his talents, I suggest his debut feature Hunger (2008) over anything he's done since.

And what of La vie d'Adele?  Such a simple, unsensational love story.  It's a rare achievement of intimacy that involves two young lovers, their struggles with finding a professional foothold in the worlds of Political Activism, Art and Education, their ultimate painful break-up, and their occasional conversations about Nietzsche.  As far as the controversy is concerned, no matter how many times we've heard male directors play macho by declaring that "only what ends up on the screen matters," the film is significantly compromised if it's the product of having crossed ethical lines. Once again, it's complicated; more so because the real controversy should be how unequipped most audiences (not to mention the American ratings system) are to be confronted by such a patient, lengthy piece of Realism; an affectionate depiction of two young, intelligent women in love, making love, talking about books instead of how they're going to win a sing-off, dance-off, or some such bullshit.


None of these films made my Top Ten.  Still, I would never claim that they're any less interesting in their success or failure than anything I did place on this year's temporary pedestal.  I know that many of these year-end lists are about exercising some grand gesture of unwavering critical authority, but I'm not going to pretend that my lists have anything to do with that.  Personally, they're a way for me to try and be honest about what I value in both art and culture, as well as an attempt to challenge my own assumptions about what is valuable in the medium, my own practices of consumption, and hopefully communicate something meaningful about those values to the reader; some unique spectre of light that takes form across a selection of films. This year, two entries seem to me different sides of the same coin; unyeilding, artful journeys into the perverted excesses of American desire.  As far from that perversion as one might hope to get, two films here document in mesmerizing fashion two extreme, remote locations and modes of living.  Yet another pair of films here embrace the "limited" video mediums of the 1980's, only to find stories more expansive and engaging than anything Soderbergh was able to suss out with his Sony RED in the year of his retirement from making films. In no particular order, here are 10 of my favorites, followed by some honorable mentions, a few disappointments, a few highly anticipated pics, and a brief lift of the rock to peek at the absolute dreck of the year: 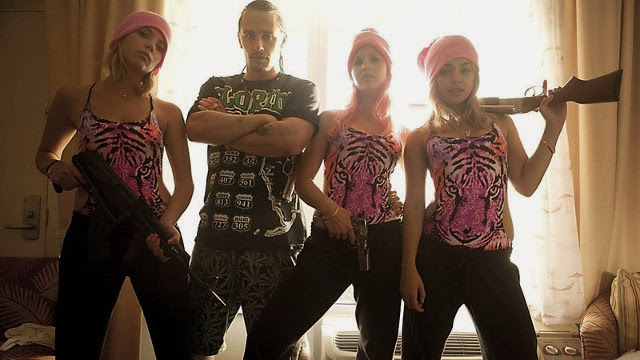 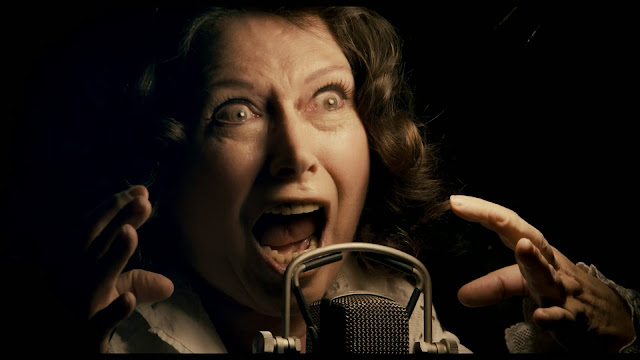 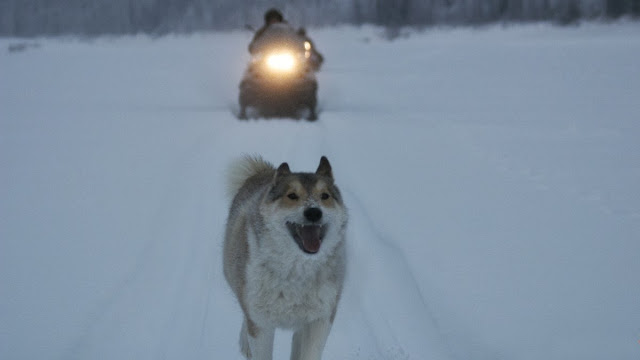 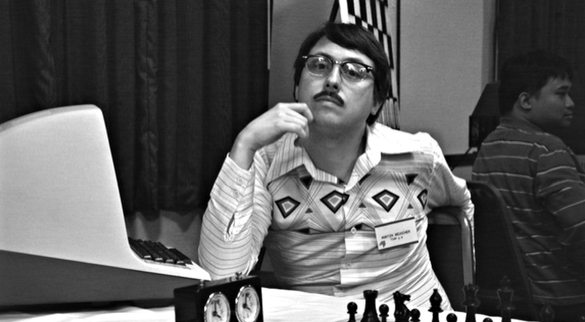 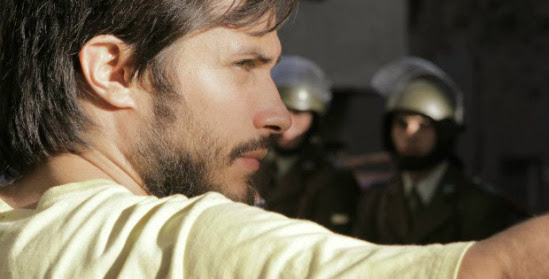 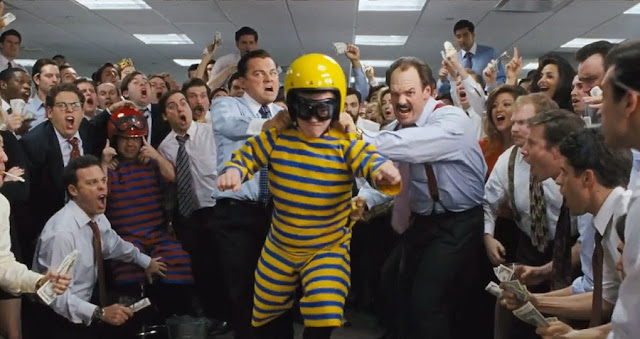 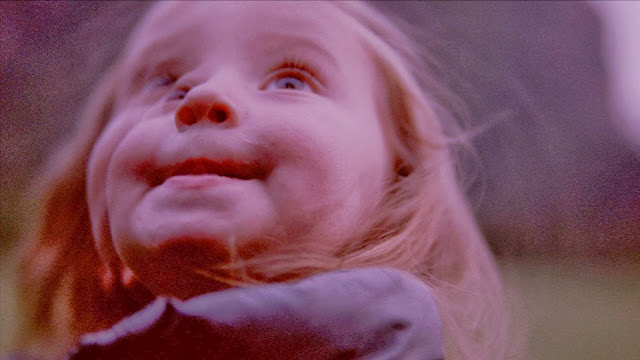 J. Hedrick
"The power of the image, our fear of it, the thrill that pulls us toward it, is real. Short of closing one's eyes - in cinema, a difficult and unprecedented act - there is no defense against it." --Amos Vogel, "Film as a Subversive Art"